Share to:
Sandra Porter
Sunday, October 14, 2007 - 10:32
October is a month of darkness, mystery, and dread. Only one holiday brings joy in October and even then, October joy is distilled through fear and apprehension. In the early evenings the sun hurries home and once familiar objects loom ominously in the dark. Giant spiders appear out the fog, lurking on webs that span our walkways and doors. Even Mendel's Garden is dark and malevolent when October greys our skies. . Horror stories for adults 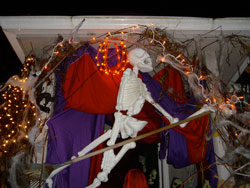 October looks bleaker than usual if you're out of work and not getting paid. If your income matches this fellow's, check out Dr. Hsien-Hsien Lei's post at Eye on DNA, on Salaries for Jobs in Genetics to find out how scientists fare in the working world. Being out of job is scary, but so is the prospect of having a child with a serious disease. Mary Meets Dolly describes a study where couples get the results from genetic tests but don't understand what they mean. Check out Study shows couples choose to abort after prenatal genetic testing with no counseling. Trick or Treat? 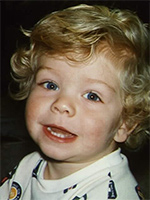 Before you dive into that bowl of leftover Halloween candy, consider for a moment, Fitbuff's thoughts on What Do Chocolate Cravings Say About You? Or perhaps, what the Journal of Proteomics (which is usually overlooked in the horror genre) has to say about your bacterial inhabitants. In "Human Metabolic Phenotypes Link Directly to Specific Dietary Preferences in Healthy Individuals," the authors propose that your craving for chocolate and other foods is related to the bacteria living in your gut. That's right. My bacteria made me do it. Frankenstein's monster and the creature from the black lagoon 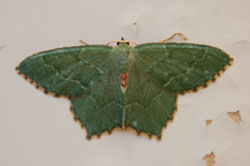 To some people, biotechnology is scarier than anything out HP Lovecraft or Edgar Allan Poe. This post, Dow and Monsanto to Create SmartStax Genetically Modified Corn, from Dr. Hsien-Hsien Lei won't change anyone's mind, but does provide good information on a complex and important subject. 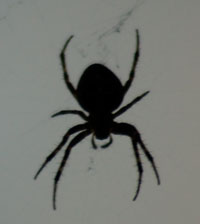 In the criminal element category, originsgenomeresources questions if we can be exempt from guilt by virtue of our genes, in Ancient Greeks bear gifts rejecting the "my genes made me do it" defense. Ed Yong, from NotExactlyRocketScience , looks at this issue from the side of those who dish out the punishment in Genes affect our likelihood to punish unfair play. Time to get out the whip? Or should we release the spiders and see what their genes make them do? What secrets lie buried within our genomes? 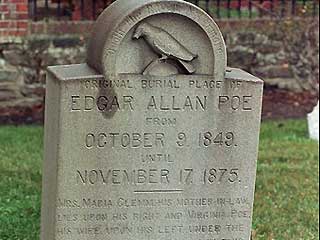 Edgar Allen Poe's grave in the cemetery at Westminster Presbyterian Church. Source FoxNews One of the secrets is that our genomes can harbor the remnants of past invaders, be they bacteria or be they viruses. Jonathan Eisen, from Tree of Life tackles two subjects in this entertaining post; Adaptationomics Award #1 - Wolbachia DNA sneaking into host genomes. Eisen confronts the issue of Wolbachia invading the germ line and getting inherited and the problem of people who say that if something happens in biology, it must happen for a reason. He calls these people "adaptationists" because they argue that the existence of any phenomenon suggests that there must be some kind of evolutionary advantage. In the case of Wolbachia, the "adaptationists" argue that Wolbachia is able to invade a host genome because it provides some kind of advantage to the host. I agree with Jonathan and I think that anyone who has studied pathogens and their hosts would also agree that this line of thought is clearly nonsense. We know that our genomes harbor the fossils from viruses and bacteria. One ancient bacteria, gave rise to our mitochondria and transferred a huge chunk of DNA to chromosome 17. Certainly, our defenses have been breached by ancient retroviruses. I do not think our ability to be infected by retroviruses - such as HIV, provides us with any kind of evolutionary advantage. At least, I wouldn't believe it without seeing some kind of proof. Alex Palazzo from The Daily Transcript digs deep into a recent paper from Kim and Pritchard in PLoS Genetics. Are these conserved DNA sequences part of a genomic graveyard or do they continue to evolve? Visit Palazzo's lucid discussion, in Evolution of Non-Coding Elements in Vertebrates and find out for yourself.
That concludes this edition of Mendel's Garden. Submit your blog article to the next edition using the nifty carnival submission form. If you dare.
tags:
genetics
Halloween
Mendel's Garden
Categories:
Genetics & Molecular Biology